"The Seatles", a home-grown fab-four sing-along band, performed at the Folklife Festival in May and the Columbia City Beatwalk on July 9. Thanks to the great folks at Awash Ethiopian Restaurant for their hospitality and terrific, savory food. The Seatles will go back into hiding for awhile... er, what I meant is we're on our world tour!! 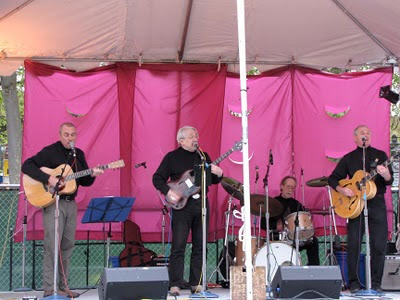 Newer Posts Older Posts Home
Subscribe to: Posts (Atom)
Leslie grew up on a remote cattle ranch in . (You gotta love those remote cattle; one click and they line right up!) Greg was raised with more unruly bovines, on a farm in . After much wandering, they found each other.
Now they live in and write songs. No cows in sight. 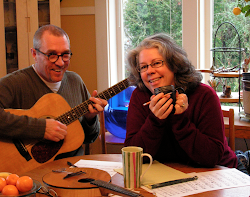 To contact us, READ THE BOLD PRINT IN THIS PARAGRAPH and then click the link below to leave your message. If you'd like a response, INCLUDE YOUR EMAIL ADDRESS IN YOUR MESSAGE or we can't reach you; we only see the blogger return address otherwise. (It will NOT be published here or anywhere, nor shared, sold, etc. It may land you on our own email list unless you say you don't want to be. We only email occasional announcements of our concerts.)


CLICK HERE
to leave us a message (AND INCLUDE YOUR ADDRESS IF YOU WANT A REPLY).